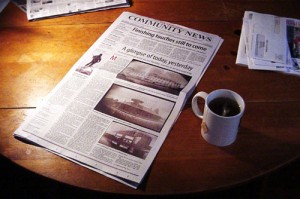 I hope you’ve all had a lovely weekend.  What are you reading?  In addition to the second Hunger Games book, borrowed from a student, these articles are what I am reading tonight.

New research strengthens the link between BPA, obesity, and Type 2 diabetics, according to this article at Huffington Post.“When you eat something with BPA, it’s like telling your organs that you are eating more than you are really eating,” says Angel Nadal, a BPA expert at the Miguel Hernandez University in Spain.

The result is a spike in insulin, which can lead to weight gain and diabetes, according to research published last week in PLoS ONE.
Noteworthy parts of the article point to how BPA is showing negative health outcomes even at low levels, much like lead. Indeed this article and research explains how this chemical is most concerning for pregnant women and developing fetuses.  The article says:

“The fetus is not only exposed to BPA but also to higher levels of insulin from the mother, making the environment for the fetus even more disruptive,” says Nadal. “This is a very delicate period.”

Predictably, the American Chemical Council continues its stance that the chemicals is harmless, despite mounting scientific evidence to the contrary.  When will Americans say enough is enough and protect people from this hormone altering chemical for good?
And in the another reason to buy only locally, humanely raised and organic meats (or going vegetarian) file, is this article also at the Huffington Post.  It details the half measures of new FDA rules regarding antibiotics used in livestock, and the power of Big Ag.
While banning the practice of injecting eggs with antibiotics (did you know they that that??  I didn’t!), the FDA stopped short of meaningful regulations on the use of antibiotics in livestock farming.  According to the article:

“More than 70 percent of antibiotics go to livestock, not people, says the bill, and they are used on more than 83 percent of grower-finisher swine farms, cattle feedlots, and sheep farms and found in 48 percent of U.S. streams.”

I wrote here about the promise of regulations of a certain kind of antibiotics, but it looks like that has been watered down even more.  Big pharmaceutical companies deny any connection between the use of antibiotics in factory farming and the growth of antibiotic resistance in humans even while the Centers for Disease Control and Prevention reports that hospital-associated infections, which are likely to be antibiotic resistant, cause or contribute to 99,000 deaths each year.

This is a confusing topic but also illustrates the growing power of corporations over public health when the almighty dollar is involved.  When will people realize that our health is priceless, and that corporations, no matter how much we want them too, can’t regulate themselves?

And lastly, an article about the firing of Donnicia Venters because she discussed wanting to express milk at work so she could continue breast feeding her baby.  This article shares the stunning comment of the judge who decided there was no discrimination involved in this case because:

First of all, how is it possible that in 2012, the law does not punish lactation discrimination?  With doctors and medical professionals the world over showcasing the health benefits of breastfeeding, and the skyrocketing rates of obesity and other conditions breastfeeding is shown to decrease?  I know our society has come a long way, but this reminds me how much farther we have to go. When a women is not even protected in her job from firing based on her choice to continue breastfeeding her baby, we as a society should be ashamed.
Secondly, how is lacatation not a childbirth related medical condition?  I’d have to agree with Venter’s lawyer on this one:

We need national legislation protecting all women from being fired for wanting to express breast milk at work, and clearly, a new definition of lacatation if that is what it will take.  That’s why I am supporting the Breastfeeding Promotion Act which will:

*Amends the Civil Rights Act of 1964 to protect breastfeeding women from being fired or discriminated against in the workplace.

*Protects breastfeeding mothers by ensuring that executive, administrative, and professional employees, including elementary and secondary school teachers (in addition to non-exempt employees covered by the previous amendment), have break time and a private place to pump in the workplace.

Join me and send a message to Congress with Momsrising. What’s your take on any of these stories?

What I'll always remember is how PM Jacinda Ardern's leadership lead to New Zealand banning assault rifles and military-style semi-automatic weapons in just SIX days after the Christchurch mosque attacks. No greater example of what going beyond thoughts and prayers looks like.

Save us from women’s shoulders, Missouri state legislature! 🙄https://www.washingtonpost.com/opinions/2023/01/13/missouri-legislature-dress-code-cardigan-satire/

What does it say about our country that a 6 year old shot his teacher this week and we are hardly even talking about it? Like it’s not everyone’s social media post, there’s not a collective outrage that’s gluing us all to our TV, it’s just another day in America. 💔😥